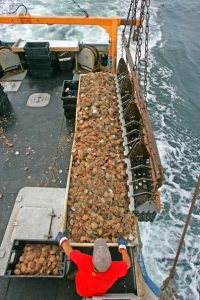 The biomass assessment of Icelandic scallops in the Baie de Sept-Îles leads us to conclude that the resource hasn’t completely bounced back since commercial fishing stopped at the turn of the millenium. It would not be viable, economically or ecologically, to reinstitute commercial scallop fishing in the area.