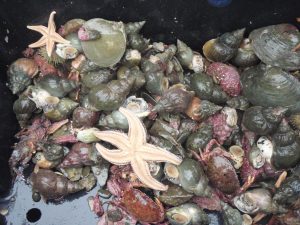 The common whelk (Buccinum undatum) has been commercially fished in the Gulf of Saint Lawrence and its estuary since 1984. Some zones, however, are rarely exploited, such as Zone 9, which covers the north of Anticosti Island. To get a better understanding of the potential of commercial whelk fishing in the area, an exploratory fishing project was proposed by AMIK and Pêcheries Shipek, in collaboration with Fisheries and Oceans Canada. The main objectives were to: